I have been both immensely blessed and challenged by life, as would be expected by anyone still spluttering after more then half a century. And truth be told, the older I get, the more blurry that line becomes between challenge and blessing.

It has taken me this many years to figure out that hope lies in accepting life on life’s terms, whether I like it or not. Liking reality is not a prerequisite to accepting it.

Life reveals itself as magnificent when I let go of the tight grip of my expectations. The more I allow life on life’s terms to flow through me, the more awed I am by that which evolves through me, as me.

The Chinese believe the second half of a woman’s life is a time of liberation, a time where a woman no longer prioritizes her obligations to others, and instead rediscovers her self. They call this Second Spring because it is symbolic of new life and a shift in opportunity; far more poetic than any comparable western nomenclature.

This has been a time of inspiration, expansion, discovery and finding my authentic and unapologetic voice. Where my life is today is such a radical departure from the life I had 4 years ago, I am still whirling from the reconfiguration, and yet I know, with every fiber of my being, this is what I am meant to be doing.

The gateway swung open as a result of my understanding that pleasure and power were synonymous in a woman. The moment I aligned with the depth of my pleasure was the moment I awakened the depth of my purpose. This knowledge ignited a singular exploration at this juncture of my life: the immensity of what it means to be woman.

Through my projects I hope to support women in becoming fully embodied,  unleashing their feminine essence, wielding the power of their feminine heart, and birthing all aspects of their lives, just as I have and continue to do.

Sometimes it is harder for us to claim our greatness then it is our flaws. I feel this is especially true for women.

This is an invitation to champion female empowerment. It’s time to shift, no matter what age or stage, into our full potential and embrace all the opportunities that come with it.

Browse around, comment and reach out if you wish.

I welcome support, if you feel called to.

Special thanks to the beautiful women who dedicated their time and expertise. Amy Fox, Grace Van Dien, Ryann Werner and Katie Shaw, without your midwifing skills, this site would still be a figment of my imagination. I love you all. 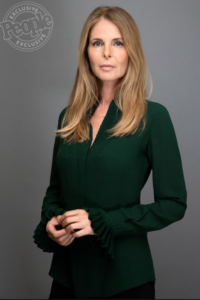 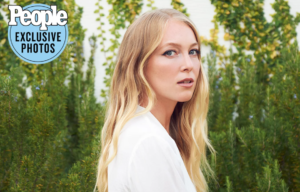 To bring awareness to the danger that is coercive control used in both high control group settings as well as sex trafficking and domestic abuse. We work to provide funds for therapy and professional recourses to victims to help reclaim their voices, abolish shame and learn to love and trust again.          Women have a right to accurate science-based knowledge about their bodies, they have the right to maintain complete sovereignty over their bodies, and they have a right to preserve the sanctity of their bodies.

We will provide funding for rescue and long-term rehabilitation for victims of sex trafficking in the USA, and collaborate with other agencies across the country to strengthen the network of outreach and support. We will document all aspects of our rescues, the victims’ and witness testimonies, and our investigative efforts, for the purpose of developing awareness, building a body of evidence that can be used to prosecute traffickers, and helping to provide an accurate picture of the magnitude of the problem nationwide.

Integral to bringing sex trafficking to an end is the need to tackle other underlying factors. There is considerable evidence that the current opiate epidemic, which caused the United States government to declare a State of Emergency on July 31, 2017, plays a significant role in contributing to an increase of sex trafficking. Traffickers are using the desperation that accompanies addiction to their advantage, fueling a criminal enterprise that creates enormous profits from the exploitation of the vulnerable – primarily women.

“Traffickers learn that it’s very lucrative to sell a girl,” Lisa Goldblatt Grace, director and co-founder of My Life My Choice, a Boston nonprofit focused on combating the commercial sexual exploitation of adolescents. “Drugs you can only sell once; a girl you can sell over and over again.”

The Department of Homeland Security defines human trafficking as a “modern-day form of slavery involving the illegal trade of people for exploitation or commercial gain.”

“There are more human slaves in the world than at any other time in history. Almost every country in the world is affected by trafficking.” – Robyn Causey, a licensed social worker, considered a national expert in human trafficking, domestic violence, corrections and vulnerable youth.

The United States is a destination and transit country for human trafficking into the sex industry.

According to the Department of State, there are approximately 244,000 American children and youth that are at risk for sex trafficking each year.

“This affects every community, every state, and every level of income. These are truly modern day slaves hidden in plain sight.”- Kim Biddle – MSW, founder and executive director of Saving Innocence.

Typically, the recovery rate is less than 1% of the actual trafficked population. The Department of Justice has confirmed that care facilities specifically designed to support trafficked children can give shelter to less than 100 of them. F.B.I. policy is to place these rescued victims into juvenile halls, which sends the message to these children that they are criminals.

In the words of advocate Greg Hannley, Founder and Chief Executive Officer of Soba Recovery Centers, “The victims of sex trafficking I come in contact with are usually victims of substance abuse, therefore to really make a difference, we need to rescue these victims from the grips of both the humans and the substances that hold them hostage.”

The procedure, which involves removing or cutting all or some of young girls’ outer genitalia, is a painful and traumatic experience for the up to 3 million girls and teens who get it every year. It’s also dangerous, according to public health groups that adamantly denounce the practice. But it’s still regularly performed because of the cultural or religious belief that women should not be allowed to experience sexual pleasure. As recently as April 2017, two 7-year Minnesota girls were subjected to the barbaric procedure by a Detroit doctor.

Reconstructive surgery, aka clitoral restoration, has been available in France since 2004 and is covered by national health insurance. At least one U.S. doctor also does the surgery, but few patients are able to get their insurance companies to pay for it. Furthermore, most of victims are unaware the surgery even exists.

The reconstructive surgery was pioneered by French urologist, Dr. Pierre Foldes, but very few doctors have been trained to perform the procedure.

There is an urgent need to abolish this barbaric practice, and in the interim, to train and subsidize doctors to perform the reconstructive surgery so that victims can regain some semblance of a normal life.

Daniel Amen MD
Psychiatrist and founder of the Amen Clinics.
Speaker at TEDx, on “Change Your Brain, Change Your Life,” and on  “The Most Important Lesson from 83,000 Brain Scans.”

Amazon.com: Captive: A Mother’s Crusade to Save Her Daughter From a Terrifying Cult (9781982100650): Catherine Oxenberg: Bookshttps://www.amazon.com/gp/product/1982100656/ref=od_aui_detailpages00?ie=UTF8&psc=1
In this heartbreaking and shocking exposé, one of Dynasty’s biggest stars lays bare a secretive organization that is holding her daughter hostage and details her mission to save her in this powerful depiction of a mother’s love and determination.
I am a mother whose child is being abused and exploited. And I am not alone.

NEW YORK, January, 2018 – Gallery Books, an imprint of Simon & Schuster, will publish CAPTIVE: A Mother’s Crusade to Save Her Daughter From a Terrifying Cult by Catherine Oxenberg, it was announced today by Jennifer Bergstrom, Senior Vice President and Publisher. In this harrowing memoir, Catherine Oxenberg reveals the personal and riveting account of losing her daughter to a cult, and her fearless mission to save her.

In 2011, Catherine joined her daughter, India, at a leadership seminar for a leadership organization called NXIVM.  Her 20-year-old daughter was on the threshold of building a new company, and they both thought this program might help her achieve her dream. But quickly, Catherine saw a darker side to what appeared to be a self-help organization designed to help its clients become the best versions of themselves. She watched in horror as her daughter fell further and further down the rabbit hole, becoming brainwashed by the organization’s charismatic leader. Despite Catherine’s best efforts, India was drawn deeper into the sinister organization, eventually joining a secret, “elite” sorority of female members who are ordered to maintain a restricted diet, recruit other women as “slaves,” and are branded with their leader’s initials.

In CAPTIVE, Catherine shares every parent’s worst nightmare, and the lengths that a mother will go to save her child. Featuring interviews with past members of the controversial group, and experts in the field of cults, Oxenberg attempts to draw back the curtain on how these groups continue to lure in members. She details her continuing journey to try and reach her daughter, to save her from what she believes is a dangerous, mind-controlling cult.

“Catherine Oxenberg is on a mission that no parent would ever want to be on.  Her book is a gripping account that readers will not be able to put down.” said Bergstrom.

“I pray that my daughter wakes up soon. I will be here with open arms. By writing this book, I am doing everything in my power to prevent this from happening to others,” said Oxenberg.

Catherine has done interviews about her daughter’s story with the New York Times, Megyn Kelly Today, People, 20/20 and others. Since those appearances aired, there have been further developments in the story that Catherine will detail in the book.

Catherine Oxenberg is an actress best known for her role as Amanda Carrington on the hit primetime soap opera Dynasty. She got her start as a model before making her acting debut in The Royal Romance of Charles and Diana. Oxenberg is the daughter of Princess Elizabeth of Yugoslavia, making her a royal descendent in her own right. She currently lives in Malibu, California.

Catherine’s co-author, Natasha Stoynoff, is a New York Times bestselling author and award-winning journalist with over a dozen books to her credit.

GALLERY BOOKS is an imprint dedicated to publishing a variety of must-read books on a wide array of topics.  Launched in February 2010, Gallery is designed to showcase established voices and to introduce emerging new ones-in both fiction and nonfiction genres.   Some of Gallery Books’ bestselling titles include The Girl with the Lower Back Tattoo by Amy Schumer, The Woman in Cabin 10 and In a Dark, Dark Wood by Ruth Ware, Binge by Tyler Oakley, Selp Helf by Miranda Sings, Five Presidents by Clint Hill, The Perks of Being a Wallflower by Stephen Chbosky, and Love Anthony by Lisa Genova.

ABOUT SIMON & SCHUSTER
Simon & Schuster, a part of CBS Corporation, is a global leader in general interest publishing, dedicated to providing the best in fiction and nonfiction for readers of all ages, and in all printed, digital and audio formats. Its distinguished roster of authors includes many of the world’s most popular and widely recognized writers, and winners of the most prestigious literary honors and awards. It is home to numerous well-known imprints and divisions such as Simon & Schuster, Scribner, Atria Books, Gallery Books, Pocket Books, Touchstone, Adams Media, Threshold Editions, Simon & Schuster Children’s Publishing and Simon & Schuster Audio and international companies in Australia, Canada, India and the United Kingdom, and proudly brings the works of its authors to readers in more than 200 countries and territories. For more information visit our website at www.simonandschuster.com 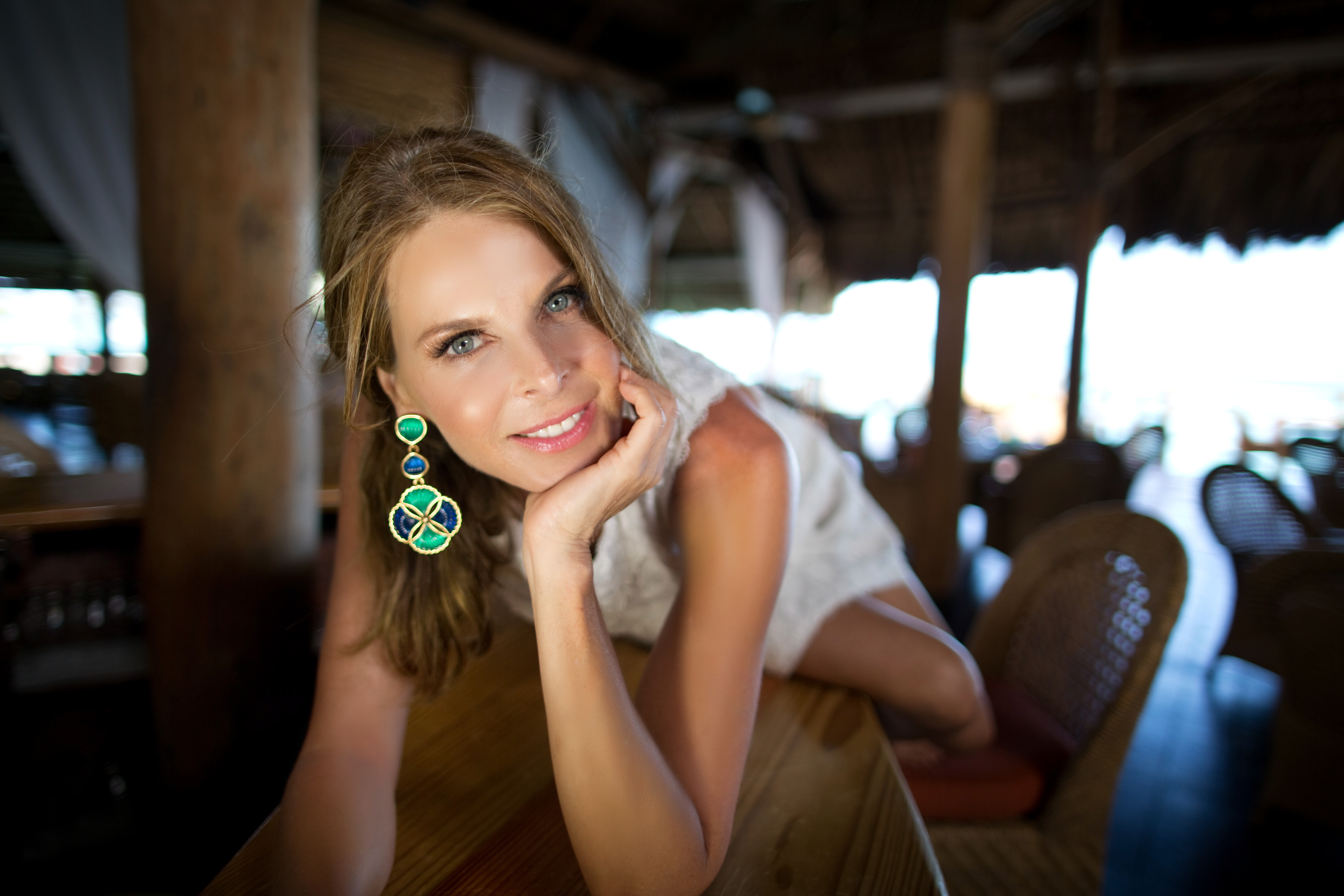 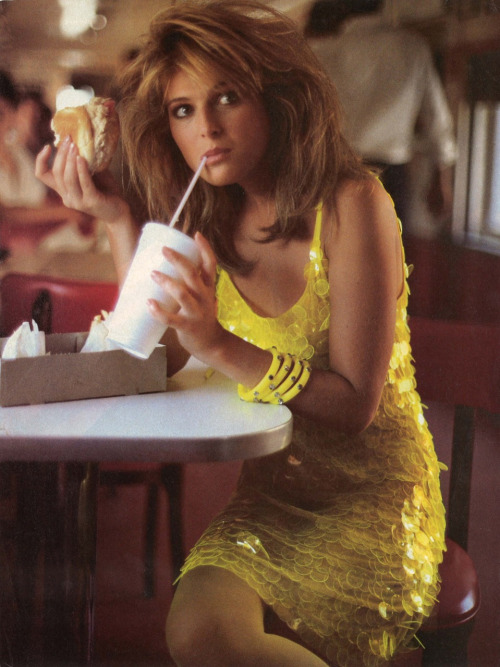